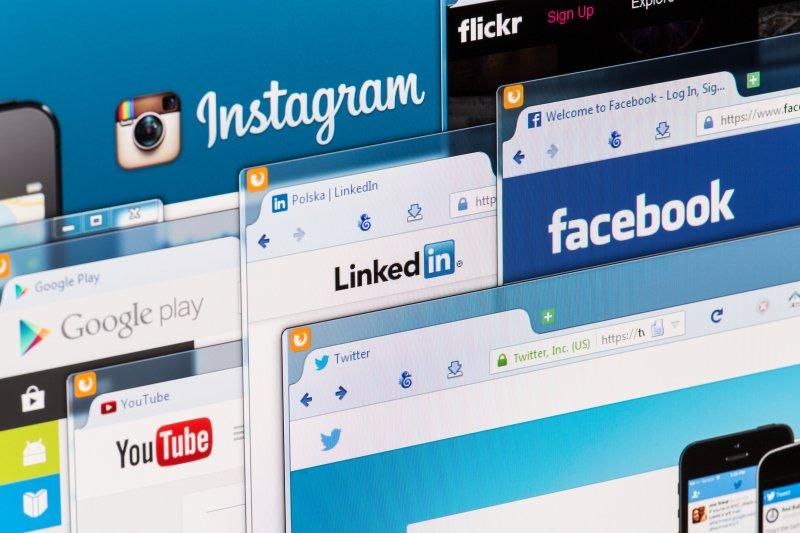 Social media marketing is when you use social media platforms and websites to promote your products or services. It plays a vital role in the promotion of your brand online, over time it will boost sales, can increase brand recognition, and can help with search engine rankings. With valuable content within the pages of the body of your website used to attract a new audience and to drive up the audience engagement. This is where you can direct hundreds of thousands of visitors to your website by using social media correctly and effectively. When used correctly, social media marketing can bring unbelievable success to your brand and your website. Today, social media marketing has become more popular and is growing strong every year. Social media marketing is the way to go. Be unique, stand out, tell your brand's story. Think out of the box. You want to build your online presence but you also want to get the most out of your advertising budget. When posting about your book or yourself make sure you post 6 to 10 pictures or articles about something else that you like. Nobody wants to follow you if you are constantly bragging about your book.

Social media offers many benefits to authors, it allows the author to reach their audience in real-time, connect with them, engage with them, and also most importantly to gain the attention of other readers who did not know about your book. You want those new readers too! Social media is where you gain massive exposure with just one click of the button. It can happen overnight or it can take some time to be recognized on the internet. BE PATIENT! I had a hard time learning to be patient. Remember, what you put into your social media platforms and websites is what you get out of them. You do very little effort, expect very little effort back. You get the drift.

Regardless, the size of the social media site you pick, it is very important to consider whether your brand’s target audience is active on those sites. The sites you choose to use for your marketing and promoting platform should be what you like and are interested in. So, you can't go wrong with your own decision. In my list, I have included how many visitors each social media site receives in order to help you choose which social media site you may need. More valuable information on the Book Marketing and Promotion Ideas page that will help your book or company.

Below are the Social Media websites that I already work with. These are the websites I would suggest you start with first if you don’t already have them. All of the social media sites will guide you through their process they have set up for newbies who have just joined their site. So Good Luck!

I hope you find this information helpful in your marketing and promoting adventure. I decided not to charge for this information as other people do. The only payment I want is for you to purchase my book, Jamie’s Pet children's book available on Amazon only if you want to. Remember, leave a review.

Report any Broken Links so they can be Fixed.

Amazon Author Central – Create your Amazon.com Author Page. You can share up-to-date information about yourself and your published work with millions of Amazon shoppers who are looking for books in your genre.

BookBub – Access thousands of Free & Bargain Books Over 35 Genres. Follow and Get Updates from Your Favorite Authors.

LinkedIn – 294 million monthly active users – A resume and job search site where experts share content, network with one another and build their personal brand.

Pinterest – 250 million active users – A place where people go to discover new things and pin them to be inspired.

These are optional websites you can belong to later when you have more time in your schedule to spend time working with them. The more social media websites you join the more time it takes away from your actual business or writing.

Remember, you need to learn time management with these websites. It is so easy to get wrapped up writing on them, sharing pictures, or tweeting before you know half the day has already gone by.

BizSugar – A small business app for bookmarking, social sharing, and a networking site for small businesses, entrepreneurs, managers, and owners. Where you share your business articles, blog posts, podcasts, videos, and all other content business-related content.

Buzznet - A social media site allows users to share content on the basis of their personal interests in the form of videos, photos and journals.

CafeMom - An ad-supported social networking site. A community for mother and mother-to-be where they get support and advice on various topics.

Care2 - A social media site that encourages people to lead a healthy and green lifestyle. The site helps activists from around the world with similar individuals, businesses and organizations who make an impact on society.

Cellufun - A social gaming community. Users create avatars, play games, purchase virtual goods, and can socialize with each other.

Classmates - 20 million monthly active users. Where you can connect with, locate, and keep in touch with acquaintances and friends from college and school.

DeviantArt - The largest online social networking community for art lovers and artists. Users take photos of their artwork and share them.

The-Dots - 2 million monthly active users - A UK professional creator network platform that helps your team bring your ideas to life and where you make your all-important connections. Users for this platform are graduates through to innovators.

Douban - A Chinese social networking site. You can record information and create content based on music, films, books, and events in China’s cities.

Flixster – An American social networking site for people who love movies and want to connect with other movie-loving people by sharing their movie reviews and ratings.

Friendster - A social networking site to find friends and stay in touch.

Funny or Die - A comedy video social site. Brings together funny videos from around the world.

Live Journal - A San Francisco-based social networking site that is available in Russia, as Zhivoy Zhurnal or Zhe Zhe. Users maintain a diary blog or journal.

Medium – 60 million monthly active users – This is an online publishing platform with a social network element. Some articles are reserved for only paying members.

MeetMe - Formerly known as myYearbook. For users who want to find new friends and chat with them. Popular with teens and young adults.

MeetUp - A social networking portal where groups of like-minded people, who have similar interests near you.

Mixi - 20 million active users – A popular Japanese social networking service. Allows users to connect with friends based on your interests.

Nextdoor - A private social networking platform for US neighbourhoods. Connect with people in your area.

Quora – 80 million monthly unique users – This is a question-and-answer website where questions are asked, answered, and edited by Internet users in the form of opinions.

Ravelry - A community-based social network that is targeted at people who are interested in fibre arts, such as spinning, knitting, weaving, and crocheting. Share your collections, different ideas and learn different experiences.

Reddit – 330 million monthly active users – A platform where users can submit questions, links, and images, discuss them, and vote them up or down.

Reverbnation - A social networking platform for musicians and professionals to connect with others in the industry.

StumbleUpon – 25 million monthly active users – Is a discovery and advertisement engine. It features users to discover and rate web pages, photos, and videos.

Tout - A Microblogging platform. Allows you to share videos that are 15 seconds long.

Viadeo - An online business-based social networking site that helps business people, mostly those in Europe, connect with one another.

Wayn - A travel and lifestyle based social networking platform. Share your experiences with other like-minded people.

We Heart It - A photo-sharing social media site.